3 Things to Not Do with a Skill Challenge

My brother came to me yesterday concerned that he'd totally screwed up a skill challenge. He'd been in a hurry, and had pulled down some WOTC content to run as is. He didn't comment on the rest of it, but the Skill Challenge had really bugged him because it just didn't work. We talked a little in general terms, but then he mailed me a copy of the challenge in question.

It was, not to put too fine a point on it, a dog. I'm not going to drill into the details because I don't want to bust on someone else's work, but I'm going to extract a couple general guidelines of things NOT to do. 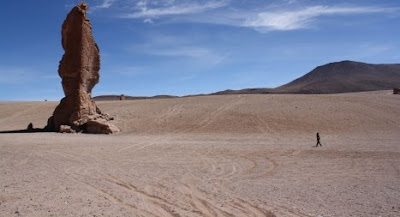 1. Treat Complexity as Complexity
This is an easy mistake to make. After all, it's called complexity, right? But the problem is it's not. It's just a measure of how often your players are going to need to roll the dice, which means what it should really be considered is a measure of how interesting a skill challenge is going to be. A skill challenge that uses few skills and is basically just doing the same task over and over again should be a low complexity challenge, especially if it's really just a transition between other scenes where you have the group go "Gosh, I'm glad we have a ranger/rogue/druid/whatever".[1]

2. Make Heavy Use of Aid Another
While the Aid Another action (make a roll against a target of 10 to give an ally a +2) is technically a combat action, it is so commonly applied to skill checks that I'd be shocked if it has not gotten the official nod somewhere by now. This is a good fallback for making sure everyone can participate in a Skill challenge: even if you don't have the appropriate skill, you can usually Aid Another. The problem is that Aid another is duck tape[2] not mortar.

If most of the players at the table are performing Aid Another actions, that is pretty much a hallmark of a very boring skill challenge. Not only is Aid Another very much like doing nothing, once the characters are past level 5 or so, that DC of 10 starts getting trivial on stats and level bonus alone. But worse than that, every Aid Another roll is needlessly extending the challenge because it's not going to get counted as a success or a failure. If you have, for example, a complexity 3 challenge with only one character with the appropriate skill and everyone else forced to Aid Another, your best case scenario is that you'll have to have 8 rounds of rolling to succeed. How exciting does that sound?

It's also worth noting that Aid Another can wreak holy havoc with the difficulties of your challenge, especially once the AA actions are pretty much a guaranteed success. It is entirely possible to get bonuses so high that rolling is pointless, and in doing so you've managed to make a boring event even more boring.

3. Make Outcomes Universal
Ok, this one I'm a little more sympathetic to. The idea is simple: have triggered events that will occour at various points within the skill challenge, such as attacks or scenes with NPCs. That's pretty cool in the abstract, but it can get pretty lame when these event have no bearing on the skill challenge. That is to say, if the players are going to get attacked by a band of orcs after 2 failures or four successes, then that is intensely lame if that's all there is to it. If the event is going to be threaded into the skill challenge, then the events of the skill challenge should color the events. I'm a fan of having different outcomes on success or failure, but if you must have the same events (like the Orc Attack) then at the very least frame them differently based on whether they were triggered by a threshold of successes or failures. [3]

Bottom line, not only does this make the skill challenges more dynamic, it is more respectful of your players, and it feels less like they're just getting railroaded.


There are other points I could dwell on, like "Pay attention to your difficulty numbers" or "If you include one-off outcomes, be clear about how they could happen" but I would eventually run myself out of steam, so let's just leave it at a nice, tidy 3. Hopefully those will help next time you're going to use a skill challenge, or create your own.


1 - In a lot of these situations, I'm more inclined to just run what I call a "Table Check". Everyone at the table rolls once, total impact is shaped by the proportion of outcomes. It can be simple majority, or it can be that some number of successes (as low as one) are needed. This can be a much faster way to handle transitory skill challenges in a way that lets the experts strut their stuff without needing to pretend that every endurance roll on your journey across the steppes is actually a thrilling event.

2 - Random aside: I ended up discovering in the deep cable that it really is duck tape, but the misuse (duct tape) is so prevalent as to have supplanted it. If you doubt this, I suggest trying to use it on your ducts sometime.