One of the nicer things about achieving some small success in game publishing is that it has completely changed my views on it. Prviously, it had been fairly abstract and distant, with a few banner names and products that sprang, fully formed, from the brow of their respective companies. Some of you are laughing, I know I am, but that's what it looked like from the ground.

Nowadays, I see a very personal ecosystem, teeming with hundreds of folks all doing their bit out of a love of the hobby. I look at the guy working for a big company and the guy working on his dream game in his basement, and the differences between them are much different than I ever thought they were. It's not a difference of passion, and usually not one of skill either. Mostly it's just a difference of hours worked, and the willingness to work more.

Which is, as you think about it, just like everything else.

Anyway, I mention this because this change in perspective has made it possible for me to actually meet people in the gaming industry as fellow gamers rather than as some sort of crazy icons. This has been awesome (though I'll say right now, I swear to god Half the people I met at Gencon 2008 were named some variant on Jason or Justin, and I remember NONE of the names) and it leads directly to the gentleman I'm hoping to point y'all at today.

Chuck Wendig was at Dreamation (or maybe Dexcon, I mix them up a lot) to promo the upcoming Changeling: The Lost and to do a little panel work. I was there for my usual hippie indie reasons, but I was very curious about this new Changeling - I'd loved the old one in a conceptually-wonderful-but-unlikely-to-play-it sort of way - so I grabbed a slot. It ended up being a lot of fun. Chuck runs a tight game, and it showcased a lot of the things which ended up really exciting me about C:tL. So, when the game wrapped up, we chatted a bit, and I asked if he was interested in a meal. Turns out he was, so he joined a number of us hippies at the restaurant, where I think everyone was a little surprised that no one burst into flame at this pro & indie mix. 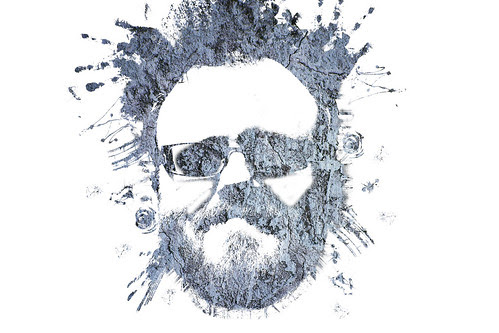 Anyway, the universal assessment was Chuck was a cool guy, and as a result he had a small posse show up at his panels (which was hopefully not too weird) and a good time was had by all. Plus, we got to meet Mrs. Chuck, who was charming and seemed possessed of infinite patience.

I mention this as framing for a much simpler point: You should read Chuck's blog at terribleminds.com. He's actually had one for a while, but it used to be a terrifying monstrosity, which I'd have to select-all to read because on anything but IE, the text was black on a black background. It had no RSS, and this made me sad. Thankfully, he's been dragged into the twenty-first century, and has upgraded to a wordpress blog with all the appropriate bells and whistles, so now the rest of the universe can actually read it.

So why should you? Well, sure, you could read it because Chuck's done some awesome game designs, having recently wrestled the new Hunter: the Vigil to the ground like a bear and having a trail of credits that sparkle like stars in the sky. But if that was all there was to it, it wouldn't be as interesting. See, Chuck also writes, and writes about writing, and does both of these things with a unique, compelling, and sometimes profoundly useful style. His stuff is insightful, and it's genuinely fun to read; check out his posts on writing in the weeds, blogging about blogging and fake writing for a start. Plus, he occasionally throws in some really spectacular macro-lens photography, which makes for lovely (if sometimes disturbing) eye candy.

With all that, the fact that he's a cool guy is just a bonus.
Posted by Unknown at 10:45 AM